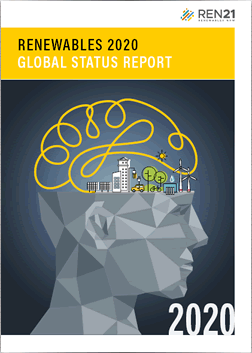 Installed renewable power capacity grew more than 200 GW in 2019 (mostly solar PV), the largest increase ever. For the fifth year in a row, net additions of renewable power generation capacity clearly outpaced net installations of fossil fuel and nuclear power capacity combined. Globally, 32 countries had at least 10 GW of renewable power capacity in 2019, up from only 19 countries a decade earlier. In most countries, producing electricity from wind and solar PV is now more cost effective than generating it from new coal-fired power plants. These cost declines have led to record-low bids in tendering processes, which became even more common during the year. However, competitive auctions have led to consolidation in some industries and have favoured larger multinational energy companies rather than smaller actors, including community-led groups.